I specialize on twenty and twenty-first century Iberian Cultural Studies. My research examines conceptualizations of time in the art and culture created after an event does away with a common vision of the world. I am completing a book manuscript that focuses on narratives written in exile after the Spanish Civil War, an episode that, for many, meant a separation not only from the Spanish territory but also from its official national history. I analyze exiles’ understanding of temporality in novels and autobiographies, as it pertains to history and to the future. I am also interested in post-2008 cultural production. I have studied how some recent Iberian cinema formulates visions of possible futures. My most recent work on contemporary Asturian music explores new engagements with tradition in a community with a minoritized language. My scholarly writing has appeared in Bulletin of Hispanic Studies, MLN, Catalan Review and 452º F, among other journals. Currently, I am co-editing a volume on Asturian Studies in the twenty-first century.

I have a Licenciatura in Hispanic Philology from the University of Oviedo, Spain, and a PhD in Hispanic Cultural Studies from Michigan State University (directed by José Colmeiro). I worked as a Spanish Lecturer at the Univerzitet Džemal Bijedic in Mostar, Bosnia and Herzegovina, and as an Assistant Professor of Spanish at Central Michigan University. 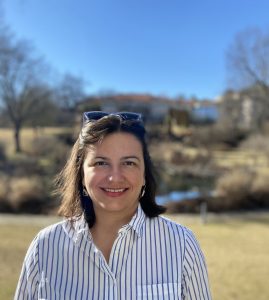